After Phnom Penh, we headed to the coast to Sihanoukville for a night before our island escape at Lazy Beach on Koh Rong Samloem.

Sihanoukville is a big party town filled with Europeans and Aussies. We stayed on one of the quieter beaches, Otres, for a night. It was pretty, just a little louder than we would’ve liked. 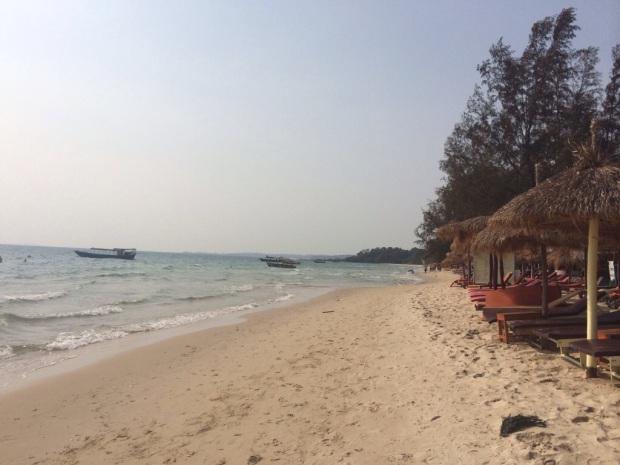 Afterwards, we took a 2 and a half hour boat ride out to Lazy Beach, where we stayed for four nights on a totally quiet beach. We spent our days wandering the island, swimming, snorkeling, and just lazing around. 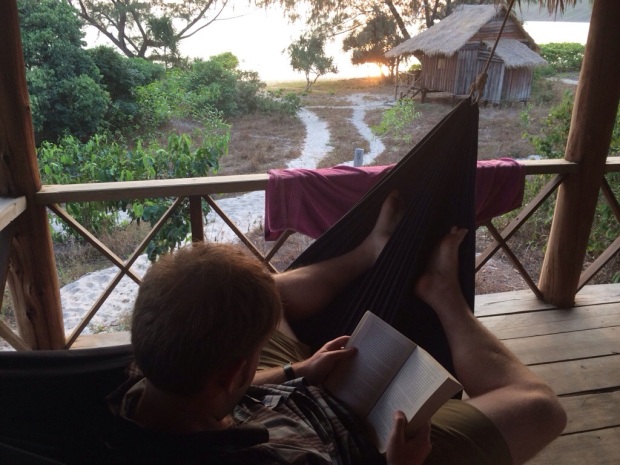 After we had our fill of lazy beach time, we headed back to Sihanoukville for one last night before taking off to Kep. The best thing about Otres beach is probably the lady selling fresh grilled squid, who you can pick out by the stick over her shoulder carrying a charcoal grill on one side, and a cooler on the other. Everything else about it was just ok or was playing loud, annoying eurotrance music. We left for Kep early the next morning.